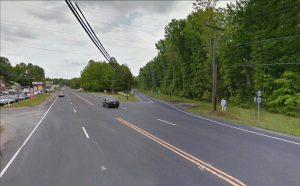 As a sub-consultant on this project, DAVENPORT is currently conducting an intersection operational and safety analysis for three intersections in Stafford County, Virginia – Route 1 (Jefferson Davis Highway) and Route 637, Route 1 at Route 639, and Route 639 at Route 637. These intersections had experienced many southbound rear end crashes. VDOT requested an analysis of improvement options to improve the operation, flow and safety of the intersections. DAVENPORT’s scope of services included collecting 12-hour turning movement counts at the intersections, reviewing three-year crash history and preparing collision diagrams for each of the intersections, and conducting signal warrant analysis of two of the existing intersections and one future short-term condition. DAVENPORT is also studying four improvement alternatives including consolidation of traffic to Route 637, consolidation of traffic to Route 639, relocation of Route 637, and consolidated left turns. DAVENPORT’s team recommended both short and long-term solutions to VDOT. A sensitivity analysis will be performed to determine approximate time frames for how long short-term improvements will operate successfully. Deliverables include a study report, sketch of selected short-term and long-term improvements, and an opinion of probable cost.